The APC senator and wife of APC Chieftain, Bola Tinubu was heard telling a physically challenged man who is believed to be an Igbo man that she doesn’t trust Igbos again.

Judging from the captured moment, Remi Tinubu was apparently asking the physically challenged man who he voted for.

Probably to determine whether she should help him or not.

you vote for Buhari? 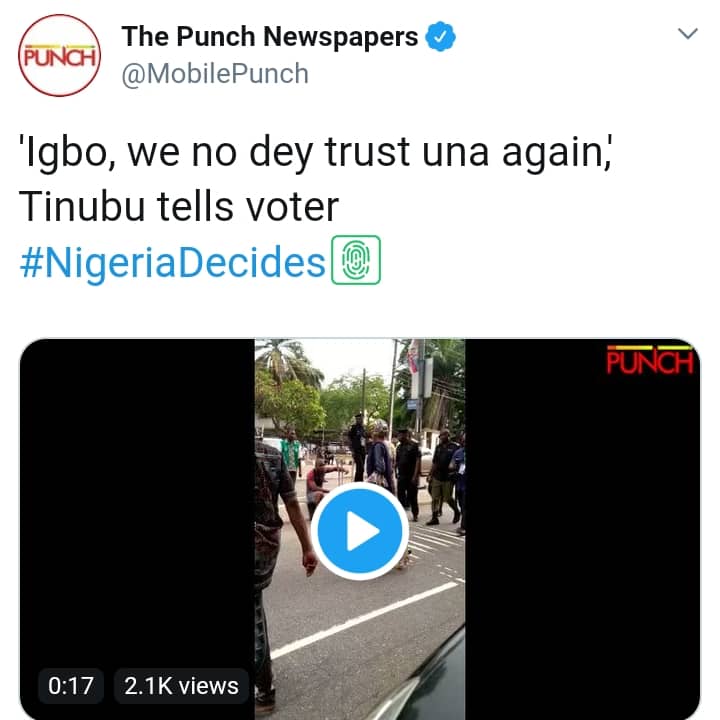 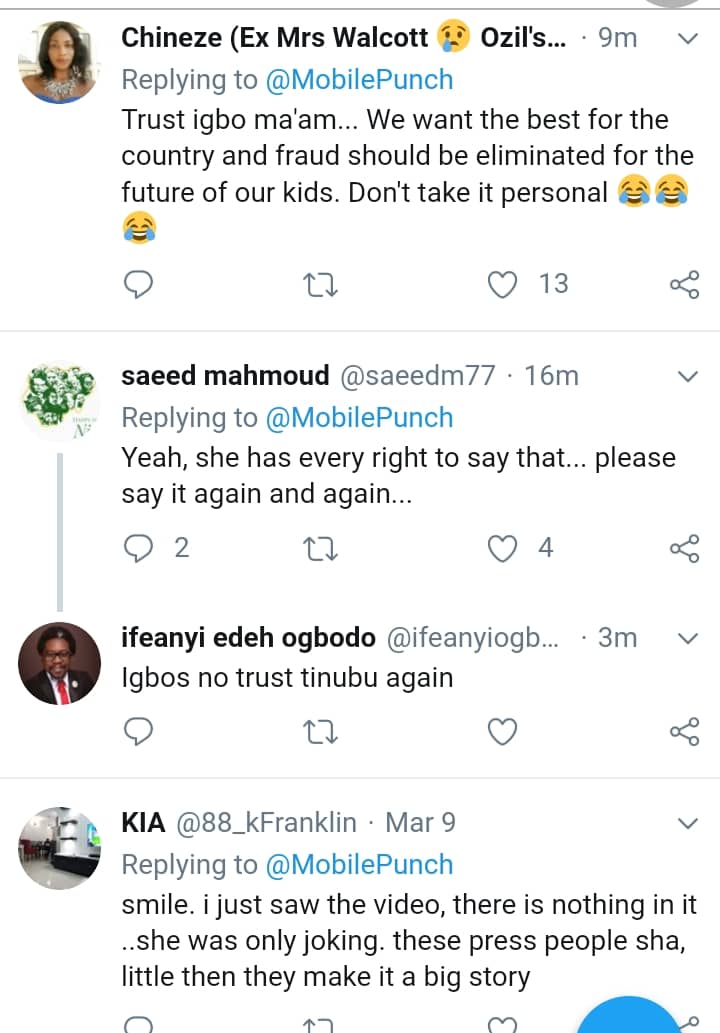 I almost commit suicide after my scandal with Mompha – Charity Nnaji

Kwara State has now joined the list of states affected by the COVID-19 pandemic with two cases. According to the